UPS was a little late out of the gate this year in regards to their 2019 increase (perhaps to more fully digest FedEx’s announcement from a month ago), but we now know what to expect for parcel rates next year.

Both carriers announced average increases across all small package modes of 4.9% which is at the lower end of the typical 5%-6%. As usual, the increase isn’t evenly distributed across all services, weights, and zones, so the impact on individual shippers will be plus or minus (most likely “plus” due to the additional impact of increases to surcharges) from the stated average increase.

The chart below provides a snapshot of domestic services for both carriers (2018 vs. 2019). For simplicity’s sake, I’ve used a zone 5 shipment across varying weights as an example.

Following in the footsteps of recent years, the biggest accessorial increases are impacting larger and heavier parcels. Rural delivery and residential surcharge increases are mostly in the same range as the service level increases (5%-6%); however, the same cannot be said for Additional Handling and Large Package / Oversize surcharges. The chart below represents the 2019 rates along with the respective increase (in dollars ($) except for Third Party Billing). 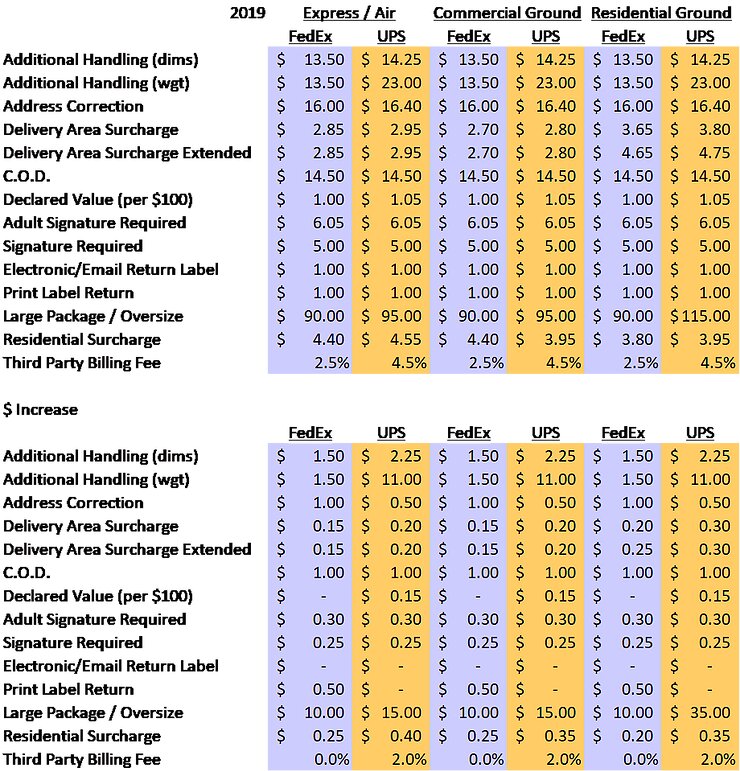 Back in October (way, way back about 6 weeks ago), UPS announced a $7.00 increase to the Additional Handling charge associated with packages with a scale weight exceeding 70 Lbs. This has been further increased with today’s announcement by another $4.00 or $11.00 year-over-year (almost 100%). Non-weight related Additional Handling packages will increase by the somewhat more palatable amount of $2.25 (~19%). FedEx has retained the same fee for all Additional Handling eligible shipments (regardless of what’s causing the assessment) but increased their charge by $1.50 (12.5%) which is unfortunately beginning to look like a bargain. FedEx is also increasing Oversize packages 12.5% from $80 to $90. UPS raises FedEx another $5.00 to $95 for these shipments for commercial deliveries (also 19% like dim-related Additional Handling), but increases this fee by $35 (over 40%) for residential shipments ($115 total). Today’s announcement added $25 to the $10 increase implemented six weeks ago. The other significant change (yet garnered little mention) is the nearly doubling of the Third Party Billing Fee from 2.5% of a shipments total cost (including fuel and other surcharges) to 4.5% by UPS (FedEx holding steady for now). For companies using vendors to dropship on their dime, this will have a substantial impact and certainly result in an overall increase above the 4.9% stated by the “Big Two” parcel carriers.

As is always the case, individual results will vary and will depend on the discounts you’ve negotiated. If your company ships mostly B2B with small to medium cartons under 70 Lbs., you can likely anticipate an increase in line with the stated 4.9% average. On the other hand, if you company’s shipments tend to be larger / heavier or you outsource much of your distribution (dropship), the increase could be higher.

For a complimentary evaluation of the increase’s impact on your company’s shipping costs or to learn how to reduce its impact, visit our contact page and drop us a line. To be notified of future posts including a deeper review of the upcoming changes, sign up for our mailing list below and click “Subscribe Now”. 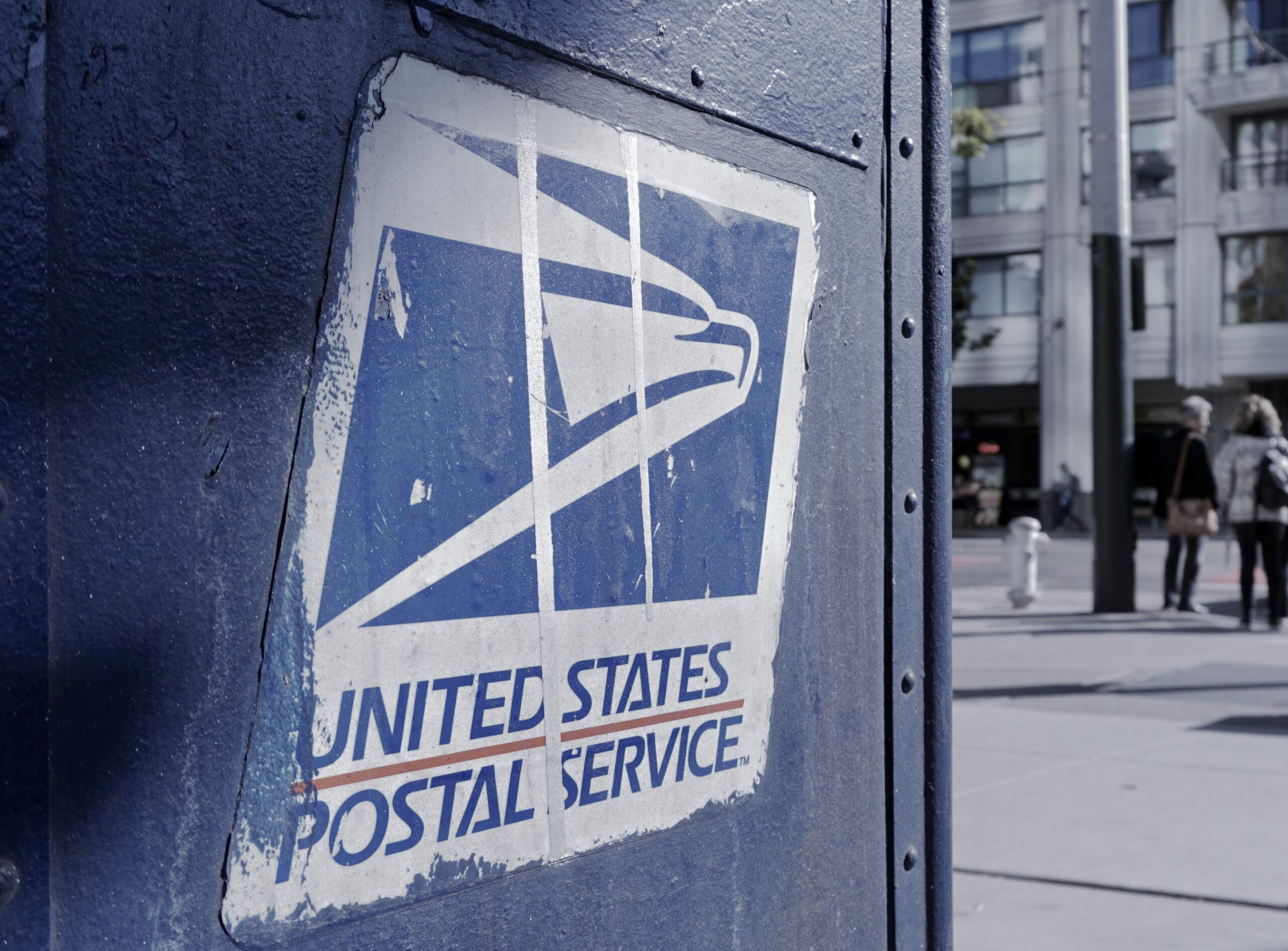 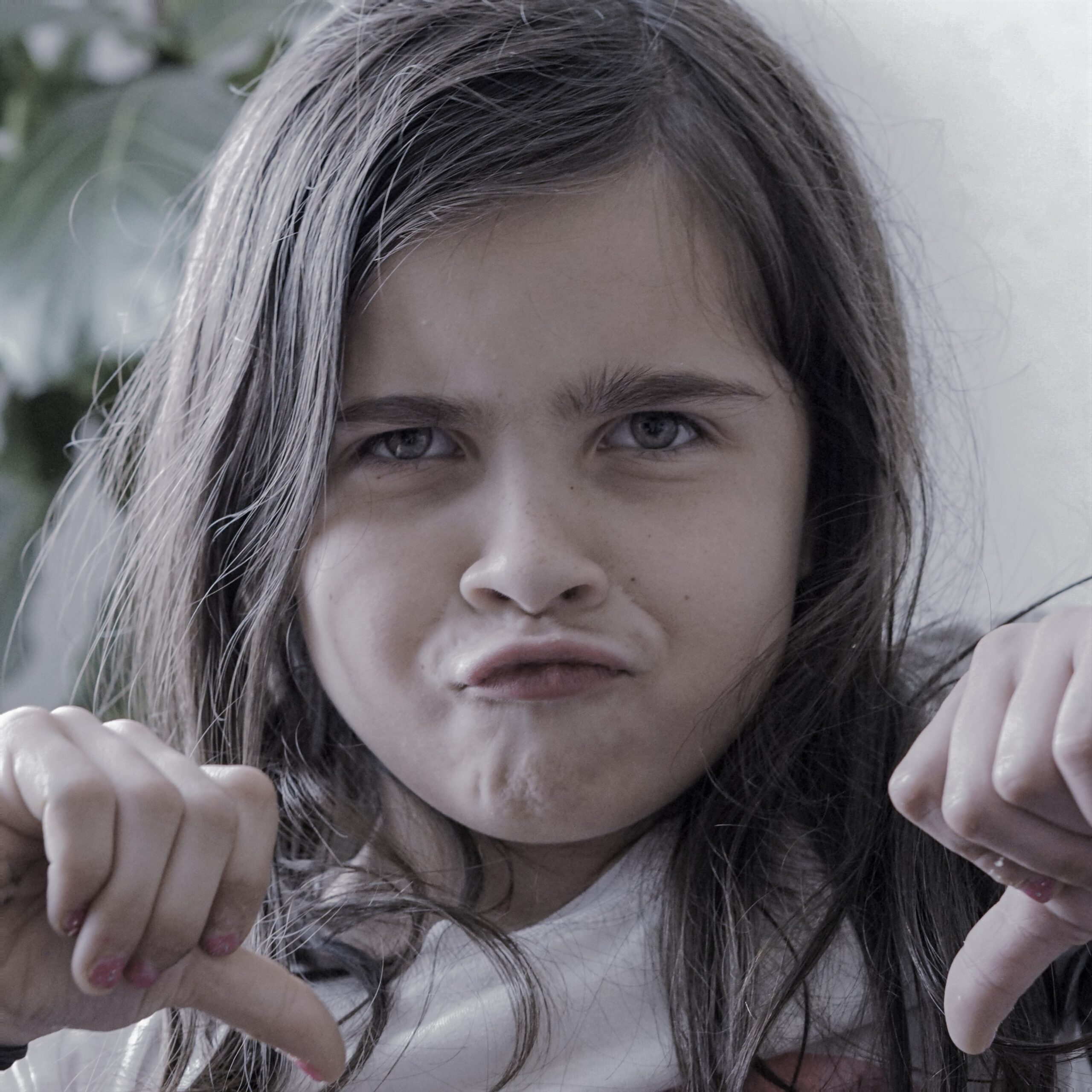 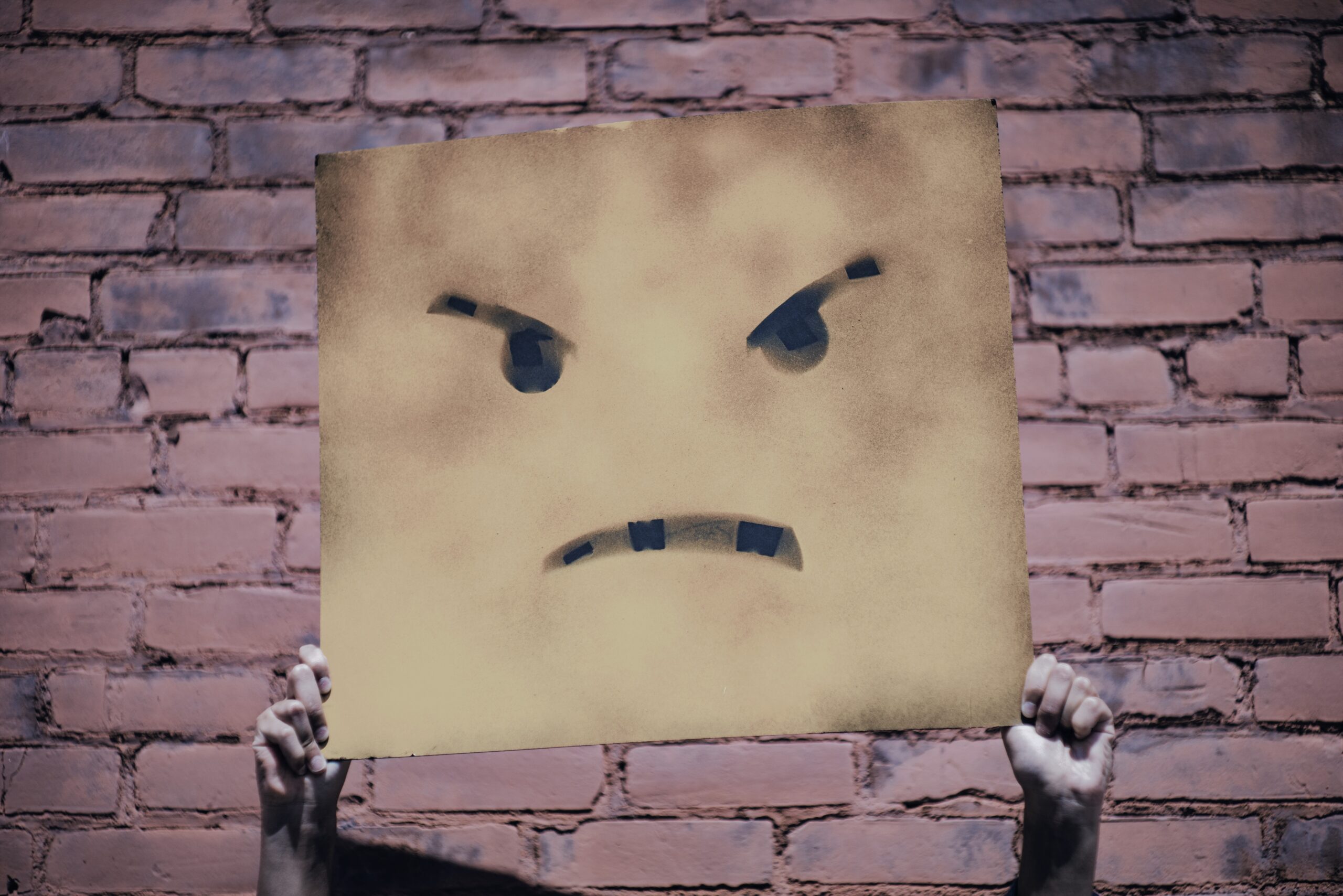